The Way Forward for Japan; Lesson from MIHAS 2019 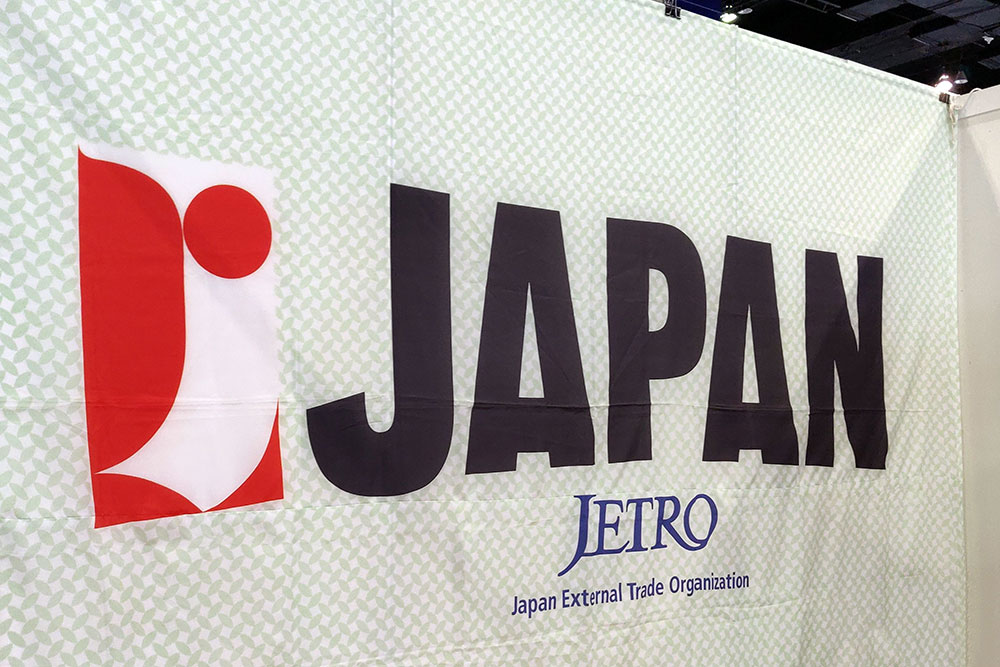 MIHAS 2019 was held from 3 to 6 April at the Malaysia International Trade and Exhibition Centre, and Japan attracted attention from many attendees who expressed high expectations for the country. For Malaysia, Japan is said to be the fourth largest export destination for halal products in 2016 and 2017.

“Prior to the trade show, Northport (Malaysia), Nichirei Group, and Sojitz (Malaysia) signed a Memorandum of Understanding (MoU) in February to promote the halal logistics for Japan” said Dato’ Azman Shah Mohd Yusof, the Northport Chief Executive Officer (CEO), at the press conference. This MoU was reached as a followup to the Memorandum of Cooperation on Halal Cooperation signed between the Ministry of Economy, Trade and Industry (METI) of Japan and the Ministry of Entrepreneur Development of Malaysia signed in November 2018. In the runup to the upcoming Tokyo Olympic/Paralympic games, Japan expects an increase in the number of inbound tourists and the demand for halal products. This MoU marks a step forward in the logistics for exports from Malaysia to Japan.

What the Halal Markets Expects from Japan 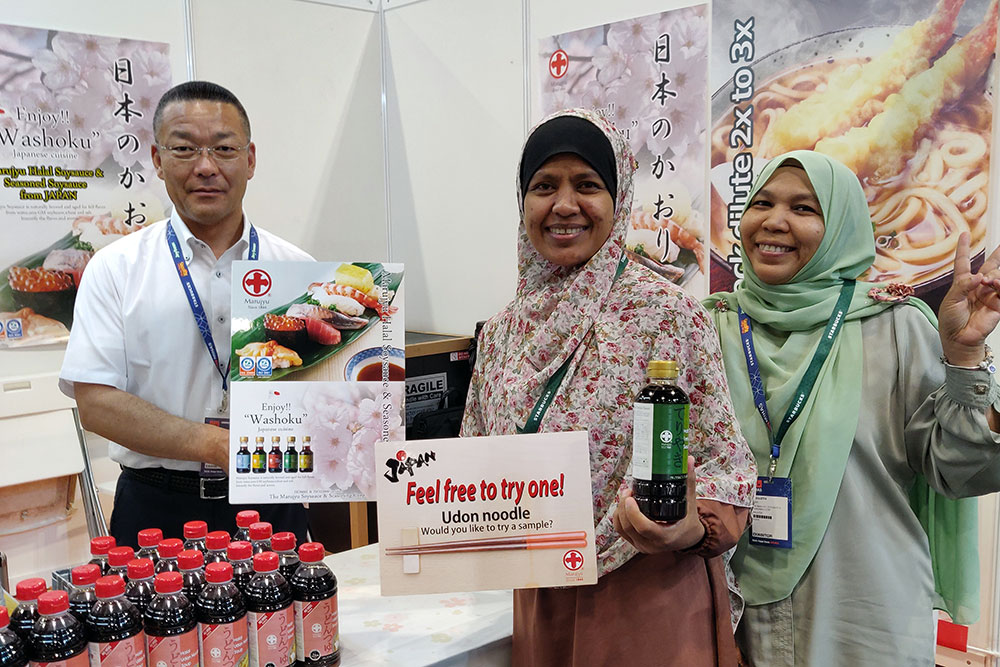 In its 5th participation in the show, Marujyu presented its halal soy sauce at the show

For the JETRO Kuala Lumpur office, this was the first time that it participated in MIHAS, where it set up the Japan Pavilion to exhibit products from 5 companies and organizations. In addition to JETRO, there were also 9 companies from Japan that independently set up their own booths, including Marujyu Soysauce & Seasoning Corporation that brought its halal soy sauce to participate in the show for its 5th straight year. The companies are all in the sector of food and beverages, and are hoping to enter the halal market of Malaysia and beyond. 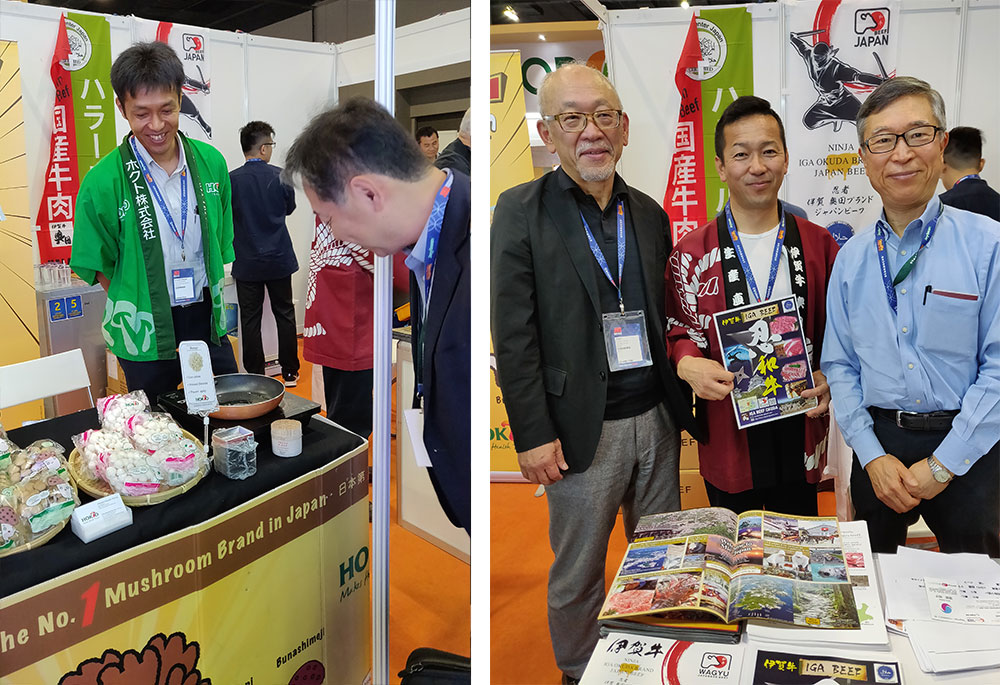 Left: Shimeji mushrooms from Hokuto are constantly in high demand in Malaysia/Right:Iga beef from Mie was a hot topic and called the Ninja Beef 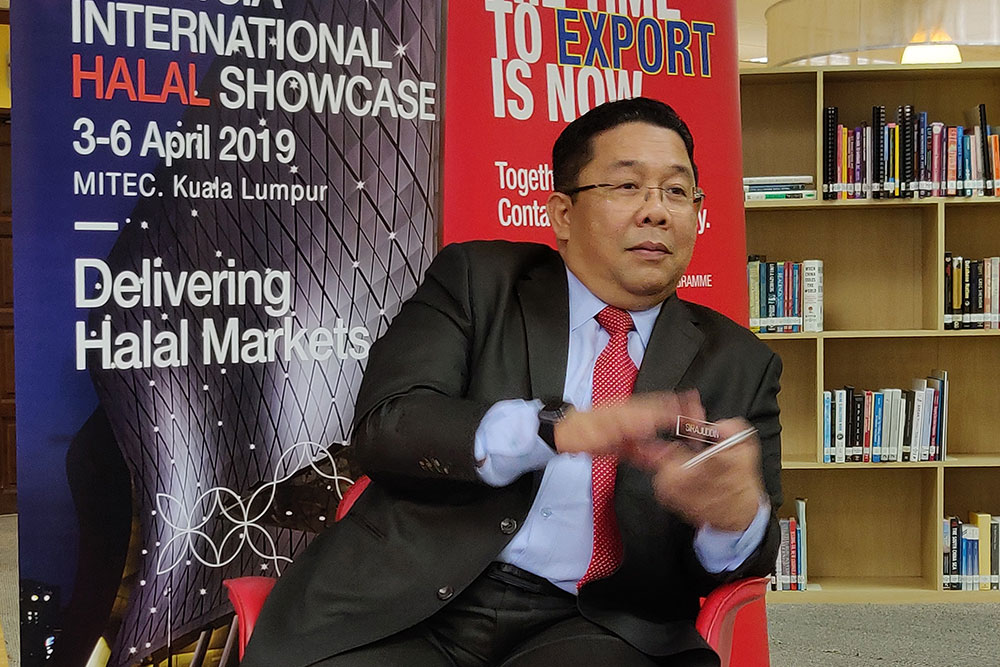 We should also pay attention to sectors beyond the food and beverages. “Each restaurant is expected to treat the halal cutlery and plates separately from other ones, for example by assigning special colors such as black and white for halal and other colors for non-halal and by washing them differently”, says YBhg. Dato’ Dr. Sirajuddin Suhaimee, the JAKIM Director of Halal Hub Division. Against the backdrop of the upcoming Olympic/Paralympic games, we in Japan should bend our ears to his meaningful advice. 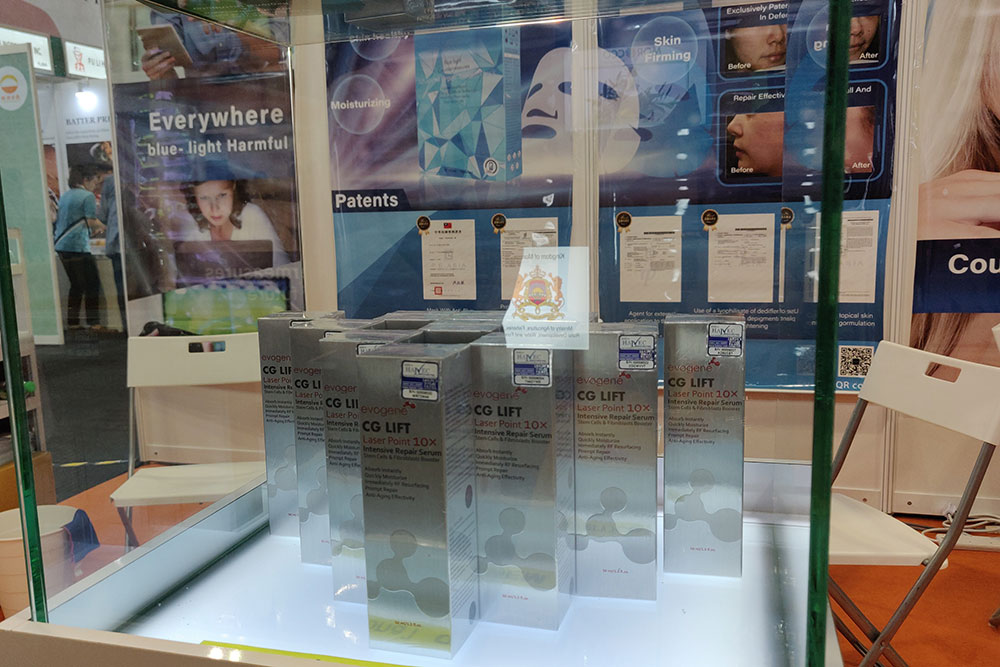 After the food and beverages, halal cosmetics is the next hot sector (the photo shows the Taiwanese cosmetics) 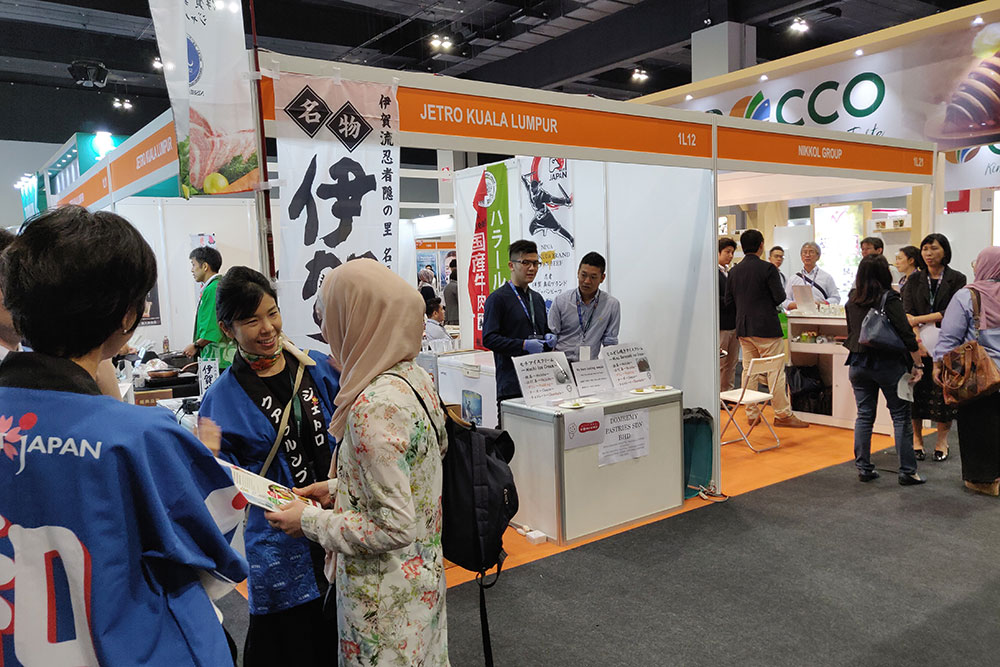 Dato’ Wan Latiff Wan Musa, the Chief Executive Officer of MATRADE, says “Going halal is not a requirement to compete in the global market, but can be a great added value. While we have a Muslim population of 1.8 billion in the world, we still don’t have enough halal products to satisfy ever increasing needs of this huge market.

One food/beverage producer in Malaysia came back repeatedly to visit MIHAS this year to find a better equipment or machinery or logistics solution, while improving the product quality with a competitive price. As he introduced the product of the company, he also “received an offer to enter the Japan market.” This proves that halal is already a great added value when entering the Japanese market.

Malaysia as the Global Hub for the Halal Market 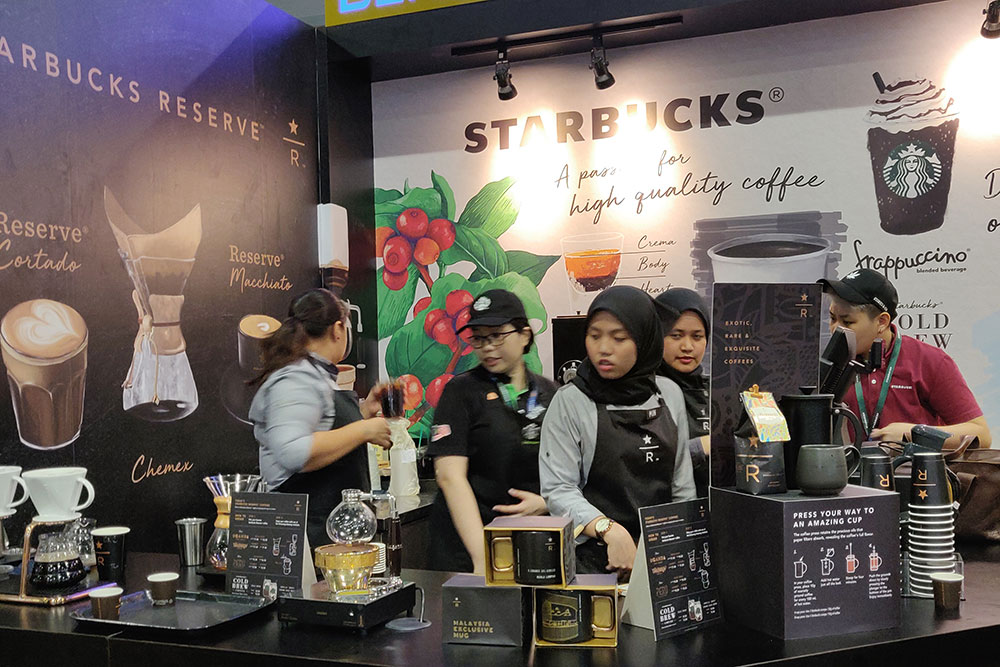 All the Starbucks in Muslim countries are halal certified

Any product or service in the Middle East and other Muslim countries are considered to be halal by default, but when the global logistics network is becoming interdependent, some people claim that part of the supply chain can be contaminated by non-halal or haram. As a country where halal and non-halal have coexist, Malaysia have always been more strict on screening such products and services than other countries. Because of that, many believe that Malaysia would play an important part in the global halal industry, and have high expectation for JAKIM. As the host country of MIHAS, Malaysia is now turning into a global hub of the halal market. 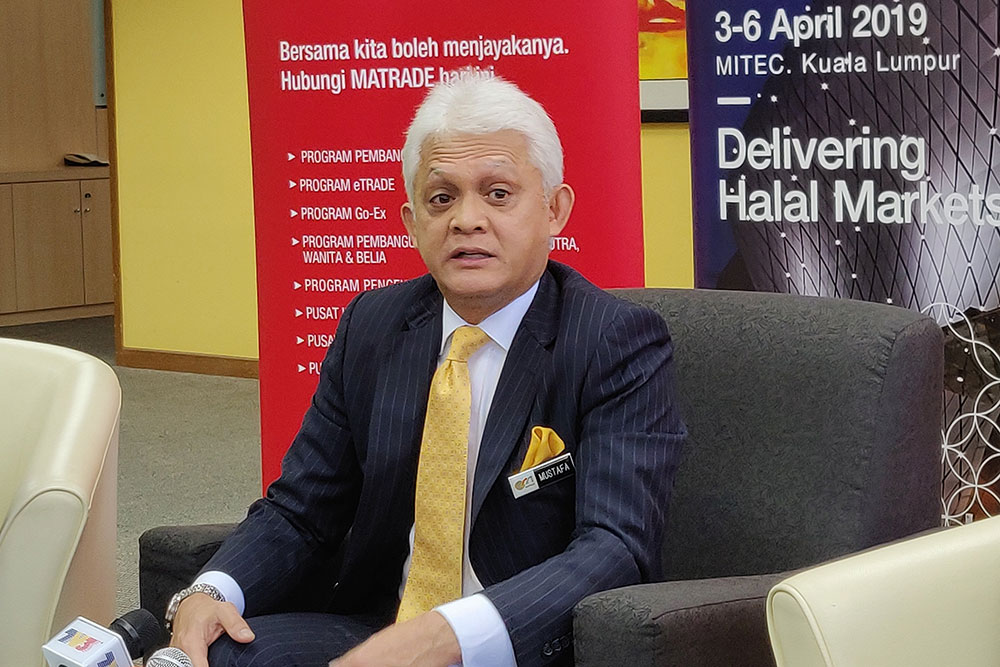 In the face of the upcoming Tokyo Olympic/Paralympic Games, “Japan is a big market, but we are not simply pursuing a growth of Malaysian exports. Malaysia wants to explore a way to collaborate as a partner of Japan, by offering a support in the future halal market,” says Mr. Mohd Mustafa Abdul Aziz, Deputy CEO of MATRADE