Finding a Road to the Halal Market at MIHAS 2019 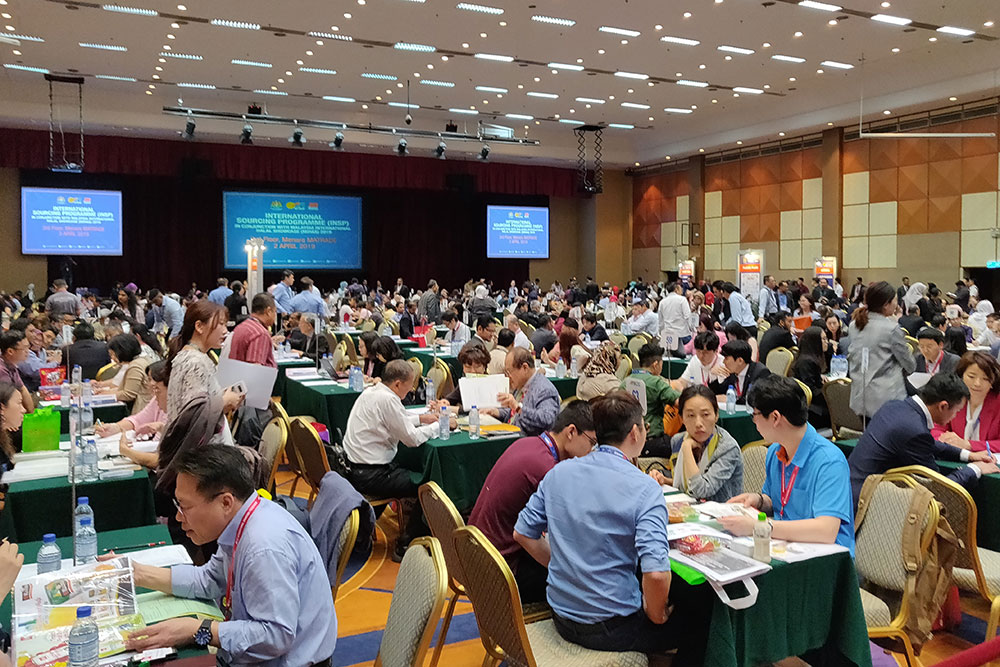 “The most fruitful and outstanding trade show ever.” MIHAS 2019 ended with much praises from attendees. During the four days of the show from 3 to 6 April, the Malaysia International Trade and Exhibition Centre attracted as many as 25,000 guests, and 719 companies from 44 countries set up as many as 1002 booths, which led to a total of 1992 business meetings arranged by the Malaysian Investment Development Authority (MIDA). This year, guests from 72 countries came to the show with high hopes to grow their businesses, including non-Muslim countries such as Panama, Fiji, Canada, and Argentine.

This year’s MIHAS was positioned as one of seven programs of the Global Halal Summit 2019 (GHaS 2019), and held a number of seminars, conference, workshops and other events concurrently. 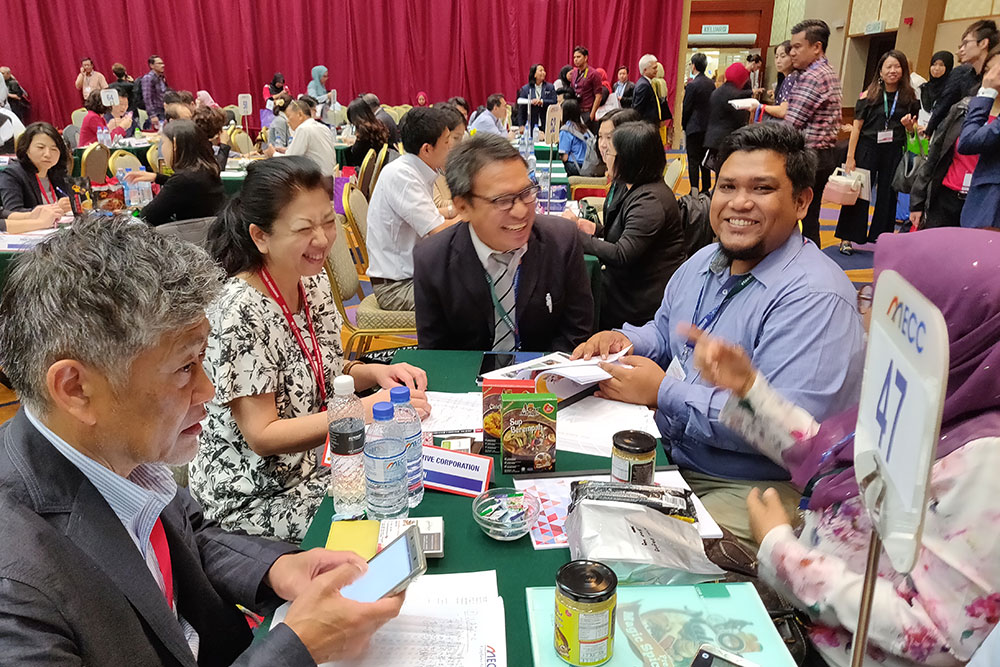 A number of business talks were arranged by the Malaysia External Trade Development Corporation (MATRADE) and started on 2 April at its building, totaling as many as 1920 meetings between 10am and 5pm. The primary purpose of these meetings was to help the overseas expansion of Malaysian companies, and 200 buyers from 43 countries participated. From Japan as well, 10 companies joined to seek highly qualified halal products and services that passed the stringent screening by MATRADE. 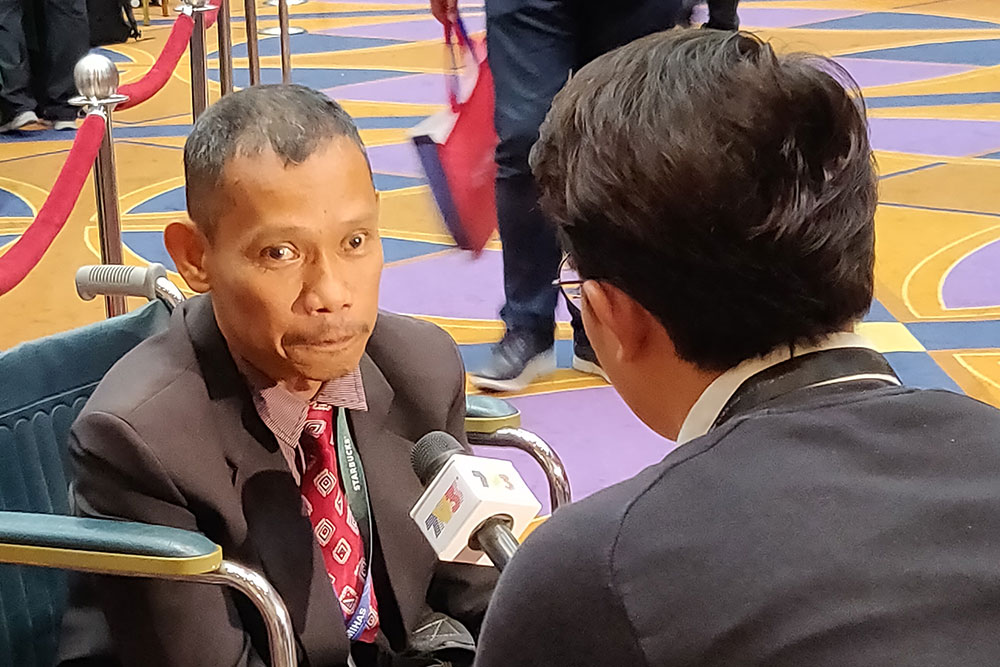 G-Ternak Enterprise who participated in the show sells the palm oil, ingredients for Malay cousins, and coffee beans with Tongkat Ali, a type of local herbs. Arfin Bin Ismail, the Chief Executive Officer of the company, says “We recognize Japan as a big market for us. We want to step up our effort to promote halal products to non-Muslim countries through trade shows.”

Trend is Changing in Every Sector 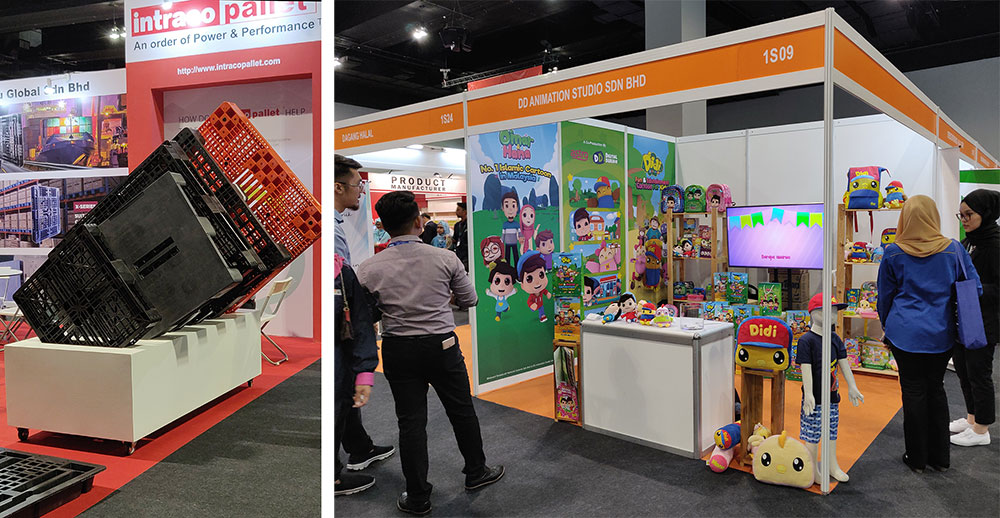 In Japan, “halal” is often associated with the food and beverages. While it is true that the most of business is in this sector, there is a rising demand for halal products in the machinery and logistics that are needed in the food/beverage industry, as well as in the cosmetics, pharmaceuticals and even fashion.

The Modest Fashion was featured at the MIHAS 2019 with the participation of 28 fashion designers. The modest fashion keeps the skin exposure at the minimal level and is becoming a trend in the world beyond religions, beliefs and cultures. The Contemporary Muslim Fashions at the de Young Museum in San Francisco was held for four months, indicative of a changing fashion trend among the world celebrities.

The modest fashion is causing a change among non Muslims, which is symbolic that the trend is shifting in many sectors of the world.

Any Shortcut to the Halal Certificate? 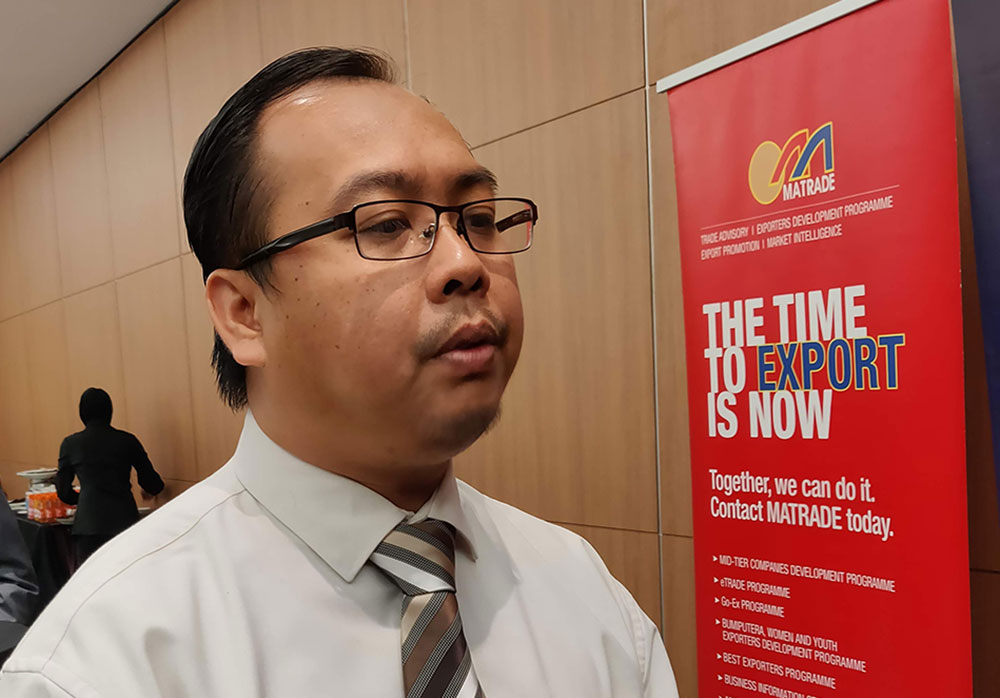 Against the backdrop of a rising Muslim population of 1.8 billion, Dato’ Wan Latiff Wan Musa convincingly claims that “while a halal certificate is not necessarily a must to enter the global market, it will give you a great added value when exploring a new market.”

On the other hand, it is not easy to acquire a halal certificate, and many companies give up in the process of their applications in the end. The Malaysian halal authority, JAKIM, is known to have the strictest halal standard and as a result is the most trusted certificate body in the world. According to JAKIM, there are currently 78 certification authorities in 45 countries, each of which issues certificates according to its standard. “A single processed food goes through so many stages to become the final product, and it can be contaminated by various ingredients as well as machineries, utensils or logistical processes. For the final product to be halal, each ingredient, process or service is also required to be halal. As a result, a certified good will enjoy the public trust that it deserves as a comprehensive halal product” says Mohd Nasir bin Sulaiman, who is responsible for screening for the halal certificate at JAKIM.

When asked how Japanese companies can enter the global halal market and pass a strict halal certificate screening, Dato’ Wan Latiff Wan Musa replied with a smile, saying “The fastest way is to find a good partner in Malaysia or collaborate with Malaysia.”

The best example for his remark is the Halal Kitchen Raku, which made an announcement at the opening ceremony of MIHAS 2019 as the fast halal central kitchen in Japan that was certified by JAKIM. The company is a joint venture between Curetex of Japan and BGR Foodservice of Malaysia.

The Option to be Muslim Friendly 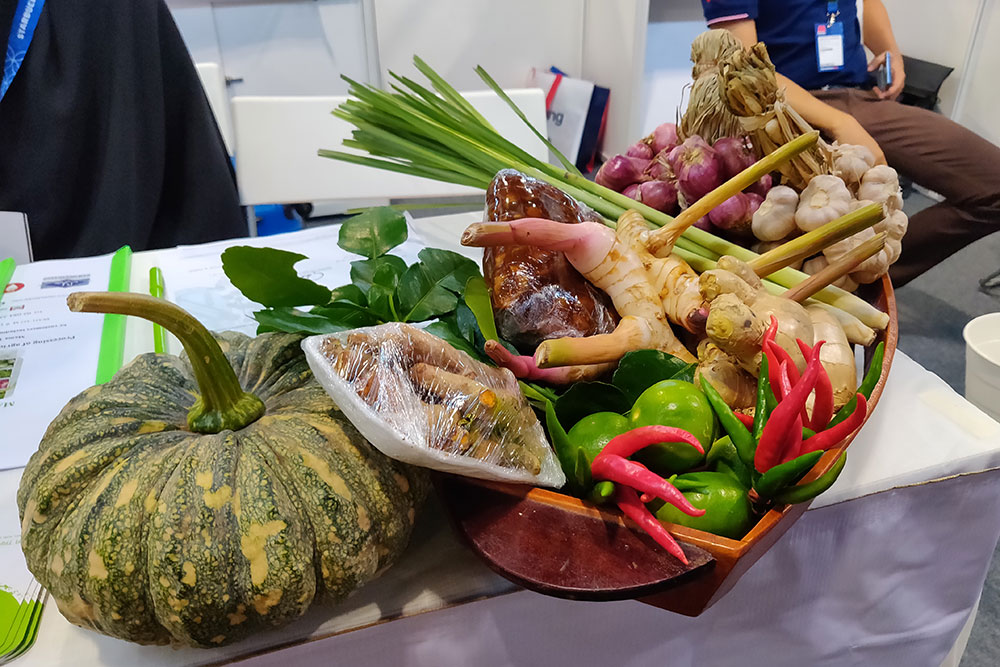 Vegetables and ingredients are also halal

“Compared to 10 years ago, there is an increasing understanding and awareness for Muslims in Japan, and it is great we have more prayer spaces and halal restaurants. But it is also true that some people still hold a misconception that any food without pork or alcohol is halal,” says one official of the Malaysian government. One restaurant shows a halal dish right next to a pork dish, while they are both cooked in the same kitchen using the same cooking utensils, says he with a wry smile. The shop owner seems to have insisted that he can be assured that it is a halal food without any doubt. In the face of the Tokyo Olympic/Paralympic Games, we have to review again the understanding of halal foods.

In the meantime, we often hear people wanting to offer halal services but cannot acquire a certificate. In Japan, most of restaurants offer alcoholic beverages, and many customers demand them, which gives less motivation for restaurants to be completely halal. In this case, there is an option to be Muslim Friendly instead. The restaurant does not need to change its operation policy, and can claim it to be “Muslim Friendly” by offering the halal certified food purchased from the central kitchen (the restaurant only needs to heat it up). In that case, though, the restaurant still needs to prepare another set of cutlery and plates, and treat them separately in the dish machine.

Before you give up going halal, it is better to seek advice from experts, and start with whatever you can. There are a lot you can find at MIHAS.